It is hard to believe we are almost two months into the new year. Time sure seems to go by quickly these days. I hope all of you had a very happy holiday season. As most of you know by now, the October 2020 York meet notice has arrived. Once again, a great job well done by John Zobel, Diana Hood and Debbie Geiser to get the information ...Read more

Online Registration opens for the October 2021 July 15th. If you are as enthusiastic about toy trains as we are, come see what we are all about. Once there, join the Train Collectors Association so you don't miss a single show. The October 2021 Meet Notices will be mailed in January and include all details plus the member, dealer and guest registration forms.

The 66th TCA National Convention in Jacksonville, Florida, sponsored by the Southern Division has been cancelled.

The beginning of the York Train Meet 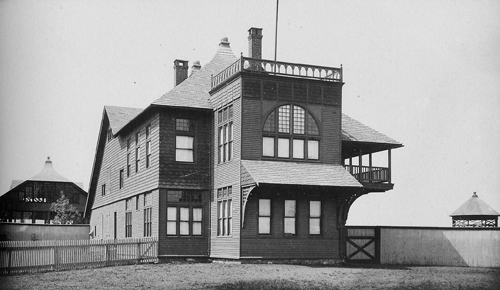 The York Train Meet began in 1969 and has been growing ever since in popularity. I remember the stories the "old" members shared about the early days of York and the only hall open was the Blue Hall. Everyone would stand outside the door and when George Yohe opened the doors there was a mad dash to lay claim to the perfect location. Boxes were thrown in the doors with the hopes they'd land on a table and children were sent scurring under the legs of members with instructions to find a "good" location. York has come along way since those early days. Having expanded the number of halls, the Meet now uses eight buildings on the fairgrounds. With three dealer halls, 4 member halls and 1-2 operating layout halls the meet draws 13,000-14,000 members, families and guests in April and October. The best description from the first time attendee is - "I never dreamed I would ever see so many trains in one place". York is a one of a kind Meet. Members come from all over the world to upgrade their collection with that rare and unusual piece they've been searching many years for.

The vendors attending our Meet include manufacturers, train stores, benchwork builders, tool suppliers, scenery experts, auction houses, popular magazine publishers, and many more. Check out our Dealer Hall Charts for a list of the vendors. They too, come from all over the world to display and sell their wares.

The word on the street is - "if you can't find it at York, its not for sale". Check out the greatest train meet in the world, sponsored by the Eastern Division. 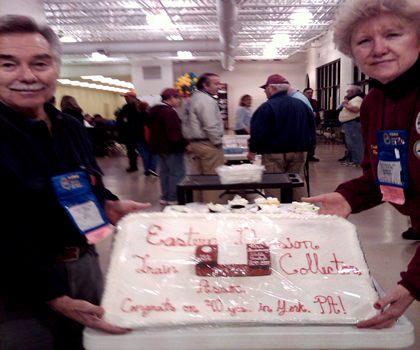 40th Anniversary of the York Train Meet in York, PA